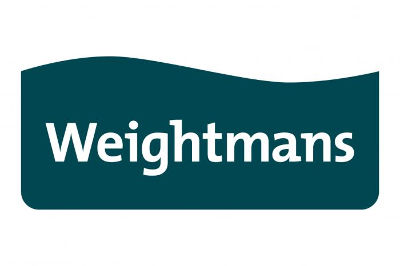 The government’s post 16 area review programme required colleges to consider their future, with increasing encouragement to merge. As a result, the first college to college merger occurred in 2015. This was followed by 11 mergers in 2016 and 29 mergers in 2017. Six mergers occurred between January and April 2018, with a further 3 taking effect in August. A university-college merger also took effect in August 2018. With further mergers planned for 2018/19 there are numerous considerations that colleges (and universities) have to take into account before merging, many of which will be very obvious to those considering a merger. However, we have seen increasing issues arising in more unlikely areas, such as pensions.

In a college to college ‘Type B’ merger (where one existing corporation continues and the other is dissolved), pensions should be reasonably straight forward. In terms of the staff, the transferring employees from the dissolving corporation are automatically entitled (subject to the eligibility requirements of the scheme) to continue to participate in the Teachers’ Pension Scheme (TPS) and the Local Government Pension Scheme (LGPS) (as applicable) on transfer. However, a number of LGPS funding issues can arise.

Currently there are no clear rules about what happens if a college runs out of money. Instead central government (via various funding agencies) has ended up being the funder of last resort. As a result, LGPS Funds have historically classified colleges as ‘lower risk’ employers. However with the DfE consultation on the introduction of a college insolvency regime (which would mean that in the future it would be possible for an insolvent college to be dealt with in a similar way to an insolvent company), LGPS Funds have increasingly been re-categorising colleges as ‘higher risk’ employers. As a result, LGPS Funds have been looking for accelerated funding from colleges, so much shorter recovery periods in terms of past services deficits, and/or some form of security, such as a guarantee, bond or security over assets.

In a number of LGPS Funds, funding discussions with colleges have been ongoing since the outcome of the last valuation (which took effect on 1st April 2017). However, once LGPS Funds become aware of a proposed merger, this has then been used as leverage to try and obtain accelerated funding and/or security. Therefore, if considering a college merger it is important to engage with the relevant LGPS Fund early in the process to allow time for negotiations on the pension contributions and/or security that will be required from the newly merged college. Such discussions can become even more complicated if the colleges participate in different LGPS Funds, as there will need to be an actual transfer of assets from one LGPS Fund to another, which again will take time to negotiate.

In university-college mergers pension matters can be further complicated. Universities often want the merging college to be transferred to a separate legal entity to the university. This is because the college’s staff are often on different pay scales and terms and conditions of employment to university staff, and harmonising such things can be difficult. Also, clients are mindful of potential future de-mergers. As well as LGPS funding issues there can be an additional complication in terms of the transferring teaching staff. The TPS only allows teachers to participate in the scheme if they are employed by the governing body of an institution in the higher education sector to which grants are made by the Secretary of State. If a college is transferred to a new entity set up by and separate from the university, then the transferring teaching staff are not usually automatically eligible for membership of the TPS as the entity is not in direct receipt of the funding grants. As a result, most university-college mergers have been structured so that the college’s teaching staff are transferred directly into the post-1992 university. However, for a number of clients considering a university-college merger this structure is far from ideal.

Author: Jane Marshall, Partner at Weightmans LLP. Weightmans are a supplier on all lots for Legal Services framework with the exception of Lot 4 (Northern Ireland) and Lot 13 (Channel Islands)

This document is for informational purposes only and does not constitute legal advice. It is recommended that specific professional advice is sought before acting on any of the information given.